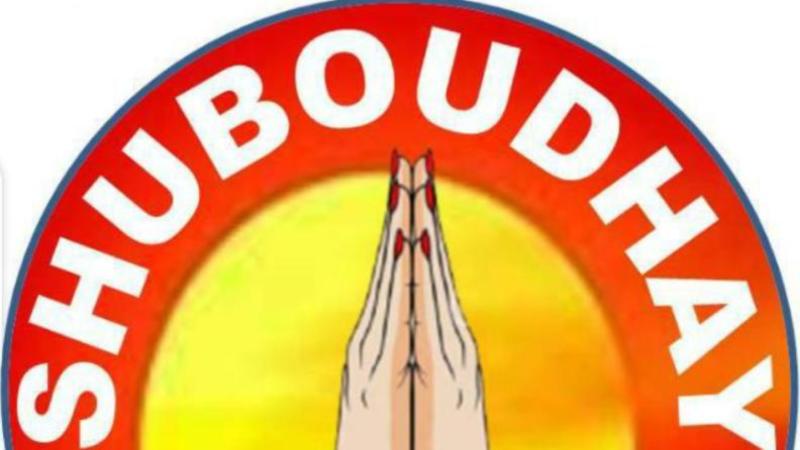 1. After the announcement of assembly election results in the five states of Uttar Pradesh, Uttarakhand, Goa, Manipur, and Punjab, political activities have picked up for the formation of new governments.

2. Vice President M Venkaiah Naidu on 11 Mar appealed to all the states to implement the New Education Policy 2020 with missionary zeal to bring about transformation in the learning-teaching ecosystem. The NEP 2020 lays special emphasis on vocational, pre-primary and primary education, improving quality of teaching, creative use of technology and flexibility and excellence in higher studies.

3. Vice President M Venkaiah Naidu on 11 Mar virtually laid the foundation stone for the Kanchendzonga State University at Tarku in South Sikkim from Samman Bhawan in the state capital.

4. The Central Board of Secondary Education, CBSE, has released the date sheet of the second term Board examination for class 10th and 12th. The board exam will start from 26th of Apr and will conclude on 15th June of this year.

6. The Supreme Court on 11 Mar appointed its ex-judge A.K. Sikri as Chairperson of the High Powered Committee, which would consider the cumulative and independent impact of the Chardham project on the entire Himalayan valley.

7. ANDHRA PRADESH govt on 11 Mar Friday presented the Budget for 2022-23 with a proposed expenditure of Rs 2.56 lakh crore and a projected revenue deficit of Rs 17,036 crore. Finance Minister Buggana Rajendranath presented the ambitious budget although the government fell short of its expenditure estimates in 2021-22 by a whopping Rs 55,182 crore.

12. MADHYA PRADESH : Professor Tapan R Mohanty of Bhopal's National Law Institute University resigned on Thursday amid allegations that he sent vulgar messages to female students. Several students had gheraoed his office demanding his resignation. "From the past two years, we conducted online classes so how can I harass them," Mohanty asked. MP CM Shivraj Singh Chouhan ordered an inquiry into the matter.

14. TELANGANA Chief Minister K Chandrasekhar Rao, also known as KCR, underwent a medical check-up here on Friday after complaining of weakness and other minor health issues. The doctors said there is no cause for alarm.

15. UTTAR PRADESH CM Yogi Adityanath has given his resignation to Governor Anandiben Patel on Friday paving way for the formation of new govt.

16. UTTARAKHAND CM Pushkar Singh Dhami has tendered his resignation to Governor Gurmeet Singh at Raj Bhavan on Friday. The Governor has asked Mr. Dhami to continue as acting Chief Minister till the new Chief Minister of the state is elected and sworn in.

ENTERTAINMENT 1. *Court orders 'The Kashmir Files' not to show scenes on late squadron leader* : A Jammu district court has passed an interim order restraining the makers of 'The Kashmir Files' from showing scenes depicting late Squadron Leader Ravi Khanna in the movie. This comes after his wife filed a suit alleging that the scenes showing him are factually incorrect and demeaning. The Vivek Agnihotri directorial is set to be released on March 11.

2. Actor Jussie Smollett, who portrayed Jamal Lyon in drama series 'Empire', has been sentenced to 150 days in jail for staging a hate crime. Jussie had alleged that he was attacked by two men who yelled racist and homophobic slurs at him. He has also been ordered to pay $120,106 (₹91 lakh) in restitution and a $25,000 (₹19 lakh) fine.

1. India and China 15th round of Corps Commander level talks at the Indian side of Chushul Moldo Meeting Point on 11 Mar. Since the LAC stand-off began in May 2020, India and China have so far held 14 rounds of talks.

2. The Indian delegation was led by the commander of XIV Corps, which is responsible for the Line of Actual Control (LAC) with China in eastern Ladakh, Lt Gen Anindya Sengupta,. For China, the delegation was headed by Maj Gen Yang Lin, commander of the South Xinjiang Military District, who too had led the discussions in the 14th round in January for the first time.

3. The talks held till now have resulted in the resolution of the North and South Bank of Pangong Tso, Galwan and Gogra Hot Spring areas.

4. Defence Ministry on 11 Mar identified 18 major platforms including Long Range Drones for industry led Design and Development under various routes. The Union Budget 2022-23 allocated 25% of Defence R&D Budget for industry led R&D, the Defence Ministry said. According to the Ministry, the indigenous development of these projects will help harness the design capabilities of domestic defence industry and position India as a design leader in these technologies.

5. An Army Cheetah helicopter on its way to pick up sick BSF personnel crashed near the Line of Control (LoC) in north Kashmir's Gurez Sector on 11 Mar Friday,

One pilot was martyred and another remains critical after an Indian Army Cheetah helicopter crashed in the Baraub area of Gurez sector in Bandipora district of Jammu and Kashmir . It was on a routine mission to evacuate an ailing soldier from a forward post. As per the information provided by the Defence PRO of Srinagar, the copter crashed before evacuating an ailing soldier.

6. Pakistan has formally inducted China-made multirole J-10C fighter jets into its air force. "Unfortunately, efforts are being made to create an imbalance in the region and to address this, a big addition has been made to our defence system," Imran Khan said. Last year, Pakistan's Interior Minister said the jets were acquired to "counter India's purchase of Rafale aircraft".

2. Operation Ganga: All Indian students evacuated from Sumy. There were around 21,000 Indians across the country, mostly students. Ministry of external affairs (MEA)

With the homecoming of the last batch of a total of around 600 Indian students from Sumy, Ukraine, 11 Mar, Operation Ganga's main objective is done.

3. Sources in the ministry of external affairs (MEA) say that the mission is not yet officially closed and that they will watch out for news of any stragglers who are still left behind and need evacuation. External affairs minister S Jaishankar is expected to speak about the mission in Parliament in some time, say sources. He is also likely to brief the parliament about India's stand in this conflict. The minister has already tweeted that the evacuation of the students from Sumy was “particularly challenging''.

1. US President Joe Biden on Friday said that "direct confrontation between NATO and Russia is World War 3". [It's] something we must strive to prevent," he added. "We'll defend every single inch of NATO territory. We'll not fight a war against Russia in Ukraine," said Biden. "Putin's war against Ukraine will never be a victory," he stated.

2. 36 years old Gabriel Boric was sworn in as Chile's youngest President on 11 Mar Friday, with delegations from the US, Spain, Argentina, Peru and others in attendance. Boric's female-majority Cabinet was also sworn in.

3. Turkish Foreign Ministry spokesperson Tanju Bilgiç on 11 Mar Friday said Turkey has moved its embassy from Ukrainian capital Kyiv to Chernivtsi amid reports of a planned attack on the capital city by the Russian forces.

4. City Council of Ukraine's Mariupol on Friday said at least 1,582 civilians were killed due to Russian shelling and a blockade which lasted for 12 days. This comes as several civilian facilities including a children's hospital were destroyed by Russian forces in Mariupol since Russia launched a full-scale invasion of Ukraine on February 24.

6. Japanese schools have banned female students from wearing their hair in ponytails because the nape of their necks could "sexually excite" male students. "They are worried boys will look at girls," said a former middle school teacher. This is the same reasoning applied by schools while enforcing the white-only underwear rule for students.